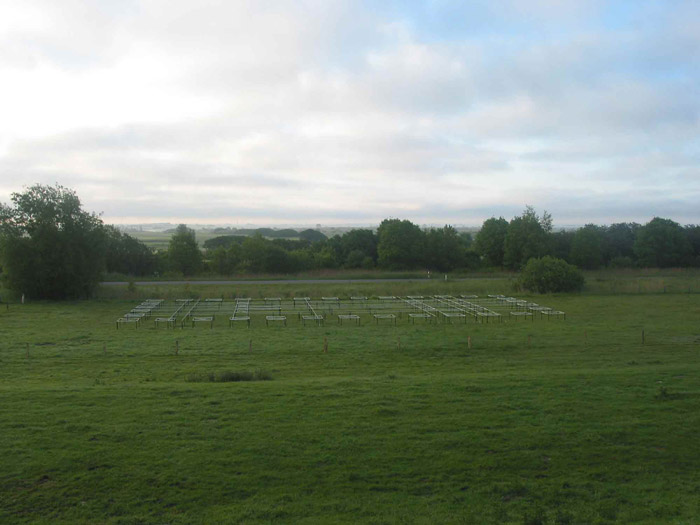 Basis and starting point for “The Flying Temple” from Susanne Kessler is the antique temple area of Poseidonia (Paestum), built by the Greeks approximately 2,500 years ago during the Magnia Graecia in the Italy of today. The town was created in an area which was reclaimed from the swamps by land reclamation and drainage. In the grounds you will find a temple which is devoted to Athena, born from the head of Zeus and patroness of all heroes, of towns, of the sciences and of the arts. She is described as a strategist against dangers, as the goddess of war, who finds more pleasure in medeating, who however, when compelled to fight always remains victorious. Above all, she is devoted to the skills of women such as cookery, weaving and spinning.   Susanne Kessler outlines the plan of this temple on the Dithmarschen coast in the form of an installation. It is in the original measurements of 32,50 x 14,30 meter however consisting of ropes, wire, posts and aluminium rods. Following the example of the goddess Athena, she lays the ropes as a weaver with the aim of a complete entity. The measurements and the proportions originate from the ancient landscape and are transported into this young landscape, which was totally reclaimed from the sea only in 1978 when the line of dykes protecting the Meldorf Bay was completed. New points of reference are created and the parallels to the controversies regarding land reclamation and the sea are striking. Just as the town situated on the Gulf of Salerno this area has also been taken from the sea. The sacred site originating out of another era enters into a dialogue with the places of worship on the near higher land. History becomes an event, a new and surprising experience via time and space. 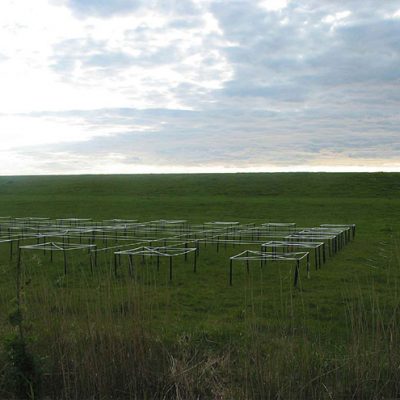 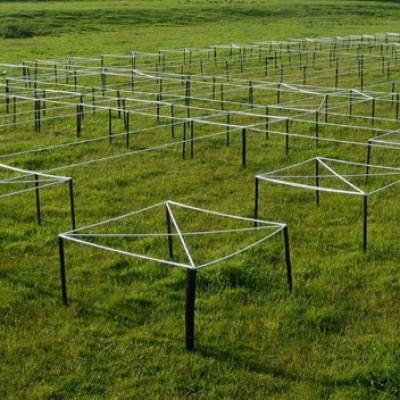 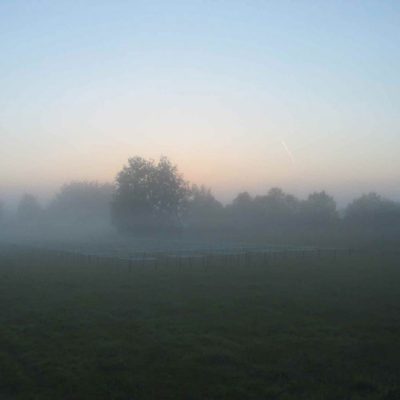 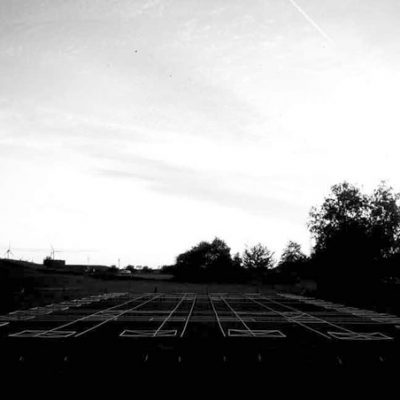 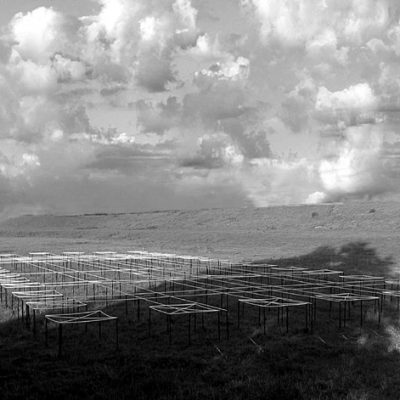 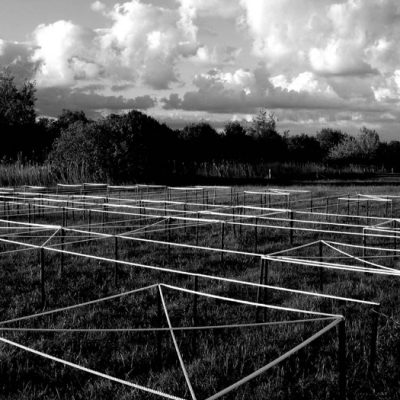 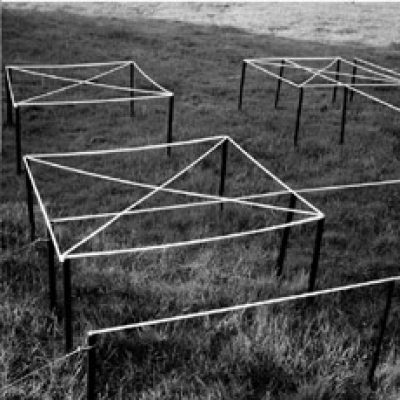 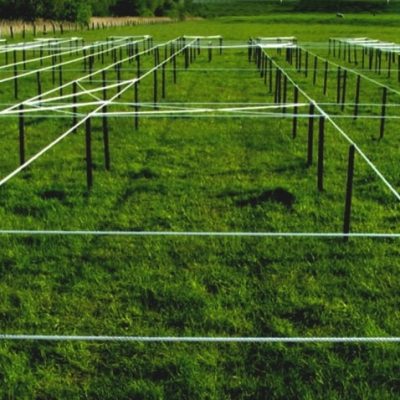 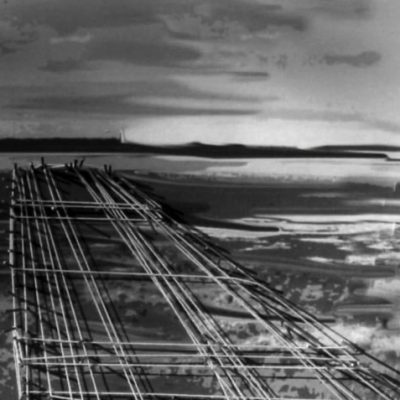