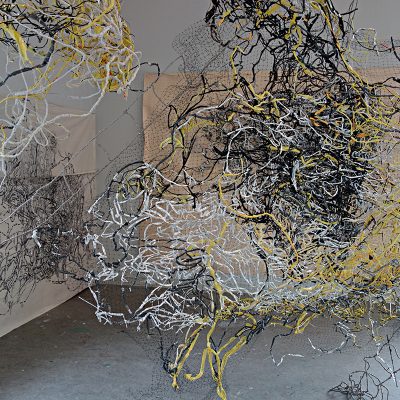 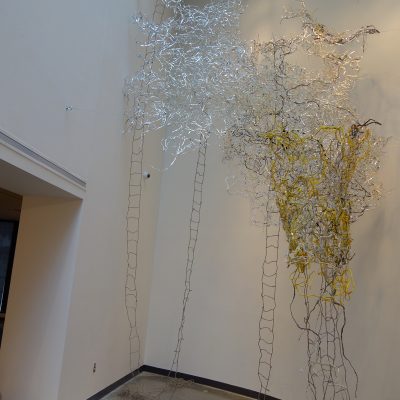 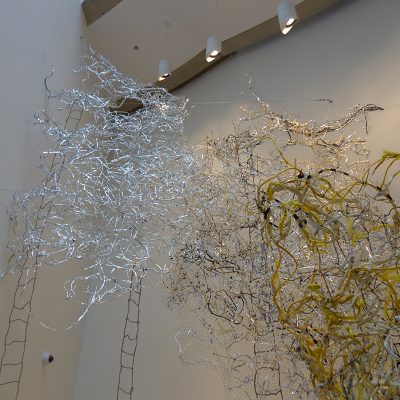 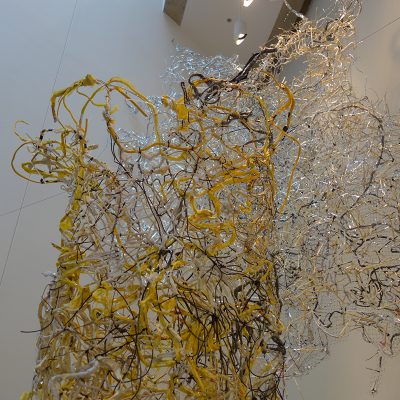 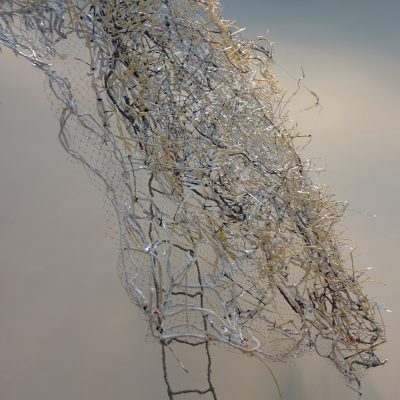 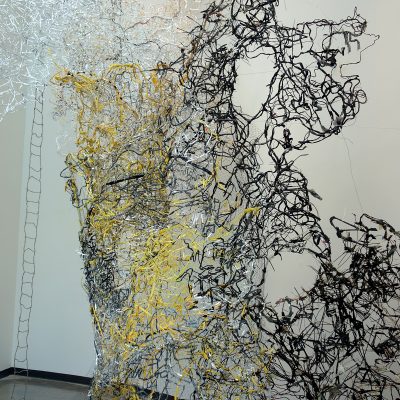 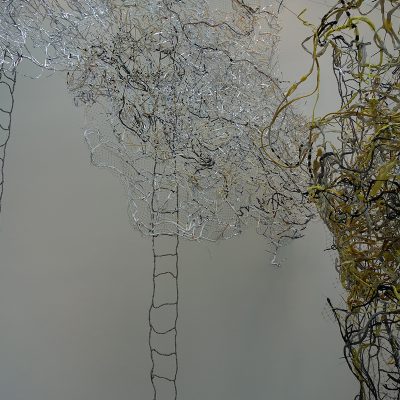 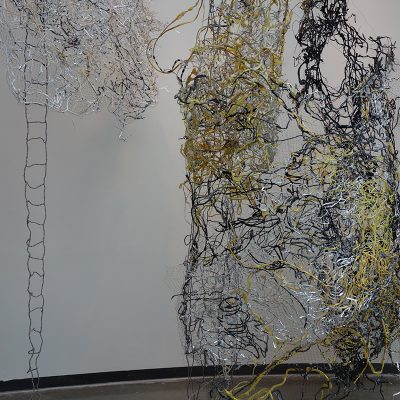 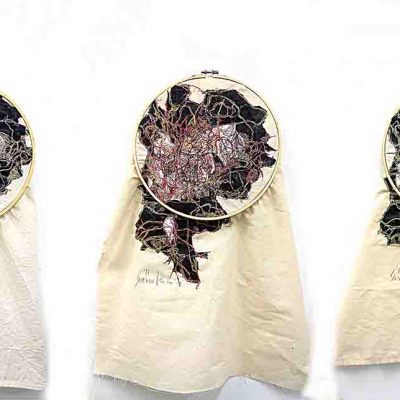 When Susanne Kessler gave herself the task of communicating the essence of the city of Jerusalem, she began by redrawing its city map from a 19th century original. As she followed the map’s lines, she came to sense the city as a living plant that has continuously grown and changed over centuries. She was drawn to trace these lines, which so exquisitely expressed the merging of organic natural form with more rigid, rectilinear urban structures. Following this impulse, Kessler created a tracing technique by stretching a yarn made of twisted plastic bags, tape, cables and wire over the delicate, mapped lines of the city. Above the left-brained view of the city evident in the aerial basemap rose a new, organic form birthed from the alchemical mix of hope-bearing precious silver and gold with the charred black remains of violence and strife. As if chanting a mantra or prayer, I repetitively traced the lines over and over, pulling the abstract rhythm of the two-dimensional city to the surface, birthing it into three dimensions as I distilled its essence. When complete, the “skin” of the wire layers were peeled from the underlying wall drawing, much as a snake sheds its skin when moving from one phase of growth to the next. The final construction, Jerusalem, forms a netted web of oscillating, rhythmic lines of gold, silvery-grey, and black floating freely in space. Beyond the hanging net of ribbony line, 21 triangular boxes carry parchment book casings, symbolizing the vast archive of knowledge and transcendental thought [generated by the profound cultures which have arisen in this place, and accumulated over centuries.] The number 21 points to the three religions and seven hills of the city. In order to find the fine points of balance Retaining the balance of the installation by dissecting and re–composing the various elements is like keeping (the?) strength of confidence alive—that peace ultimately will prevail. Jerusalem, claimed and worshiped by the three monotheistic religions, has a world soul and peace in its grounds. In its three -dimensionality, three-deity Jerusalem transcends borders.

Extract of the exhibition text by Sarah Bliss